The fact sometimes blinds us from the truth.
I tried to get a definition of 'fact' and 'truth' for this post. Well the definitions by the English gurus and intellects do not serve me well for this post. Some would say they mean one and the same, but my stand is they're totally different.

In the face of the truth, the fact bows out gracefully...well not always, cos sometimes we don't stare the fact down hard enough with the truth, thus it laughs us in the face and keeps tugging at our hair.
Right now i stand against the intellectual men and women of the world and say the two are different. I define fact as the obvious, whats in sight, whats real, our reality. And truth as a belief that can't be seen, one that defiles logic. And of course God is El Emet, God of all truth, thus his written book,the bible is a book of truth...my iLumina bible encyclopedia says this about the truth


Truth is always timely; it applies today and in the future. Because it is connected with God’s changeless character, it is also changeless. Think for a moment about the centuries that have passed since these proverbs were written. Consider the countless hours that have been spent in careful study of every sentence of Scripture. The Bible has withstood the test of time. Because God is truth, you can trust his Word to guide you.

The truth messes those around you up.... they see what they see but you tell them what you see, which is a different vision from the visible. And that's why they say "she crazy". well its a good kind of crazy. call me crazy any day and i'll happily do the alanta dance as i hop off the fact wargon to my chariot of truth.*shrug shoulder*

God is a God of truth, he defiles logic, and i can imagine how he laughs when he messes with our brain and we stand in awe at how he managed to do what he did when he did it, in the face of the obvious facts. He's badddddddd. He can like to do effizy. Jehova el-effizy, God of all swagga. #thatisall

The fact is, the doctor just gave you a hard doze of facts to swallow, you've got a truck load of drugs in your house to prove, cancer, a hole in the heart etc....and this part i love, the truth cruises in, in that LR4 and in it lies the words that defiles all logic"....by his stripes you are healed"

The fact is, you might have been a notorious armed robber just yesterday,  or a prostitute some hours ago, or a drunk and druggie of the decade last year... but the truth is all that doesn't matter anymore,despite how all the self righteous people, the spiritual snubs of the world still look down on you. The truth is even if you've been in the faith for a second or 30 years, God sees us all the same and "....you are the righteousness of God in Christ Jesus" Stop the self condemnation.
The minute you run into his arms and ask for forgiveness, you're set upon the high place, at the right hand of God....the story of the prodigal son best describes this truth.

It doesn't matter if the fact stares you in the face with all the reds in your bank account, and you have no idea where your next meal is coming from, how your rent will get paid, if you can continue in school because of lack of tuition... the truth says "....my God shall supply all your needs according to his riches in glory".

The fact is, your doctor has written your womb off, there's no way on earth you can have a baby, well stand on your truth, the truth that says "...there shall not be male or female barren among you..."

The fact is, the death of a father or husband is such a hard fall in life's journey. Even though we all jump up and move to destiny's child 'independent woman', we know how important the men in our lifes are. nothing can beat the love of a father, the love of a husband. and so the fact is your head is gone, and you wonder how you'll go through it, how you'll survive, how you'll raise the kids alone, how you'll go through school without daddy...but the truth is he'll comfort you through your heartbreak because he's the "...comforter" and he wouldn't live you alone when you recover and you're smiling and living again, he has said he is "...a father to the fatherless and protector of the widow..."

the fact is you have a dream, bigger than any one of your friends have ever dared to dream, you wonder if its a realistic one. Don't give up, for the truth is "...i can do all things through Christ who strengthens me".

The fact is you're in that place of brokenness, everything that could possibly go wrong has hit you from the left, right and center, Satan's giving you his best shot, and you wonder if you can survive it. Fret not, for the truth says "...we are more than conquerors through him who loved us"

The fact is you're heartbroken, cried out and in despair, jilted, lonely, sad.....the truth is there's loads of laughter out there for you for "...do not grief, for the joy of the lord is your strength".

The fact is that you're hitting forty and still unmarried, people are whispering behind your back and its beginning to get to you, the truth is he's already said "...none will lack a mate"

The fact is that your marriage is going through a storm, it looks like its on the highway to divorce. The truth stands true in the face of that fact, there's a peace and stillness for your storm, there's the best counselor you can ever get for he is  "...wonderful counselor, mighty God, everlasting father, the prince of peace"

The fact is you've been laughed at, a butt of joke among your peers, your family has given up on you, no one thinks anything good will ever come out of you...the truth is "..the stone which the builders rejected has become the main cornerstone."

The fact is that you feel worthless and unloved, wrecked with guilt and a sense of condemnation....the truth is you can never be to bad for him to stop loving you...there is one who loves you more than any human can"...his love endures forever" and the greatest truth of all is this truth of love in all extremity, hes given his precious sons life in exchange for yours, so you can become a better person "For God so loved the world that he gave his one and only son, that whoever believes in him shall not perish but have eternal life"

The fact is, the year is coming to an end, half of my expectations as i expect them to be haven't been met and i'm this close to being worried sick...but the truth has stood in my face and sent the fact running with tails between legs, right now i've told the fact that it can like to "chew grenade"(i've always wanted to use that slang..lol). My truth is God always comes through. We don't call him the God of eleventh hour for nothing, and in Rita's words "Jehovah suddenly" that's why i hold on to his truth that says "..be anxious for nothing"
the truth also says where there is a barricade, where i feel like there is no way forward...he makes a "...roadway in the wilderness, rivers in the desert." Thus why worry? 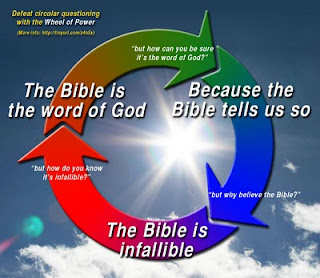 When you get rid of the fact and hold on to the truth by faith...then you're in.
One prayer i recently learned to say is '....thy will be done on earth as it is in heaven" I've said the lords prayer a dozen times not having a clue how deep it is as simple as it sounds.
As it is in heaven....that is, the truth of Gods words contained in his book of truth concerning me and you, as he's said it in heaven concerning my life....let it be on earth. Start ignoring the facts and hold on to truth.

P.S
all the truths contained in this post are excerpts from the book of truth itself, the Bible. Now be good bible students and hunt the books,chapters and verses out yourself.
Email Post