'Twas The Night Before Christmas... 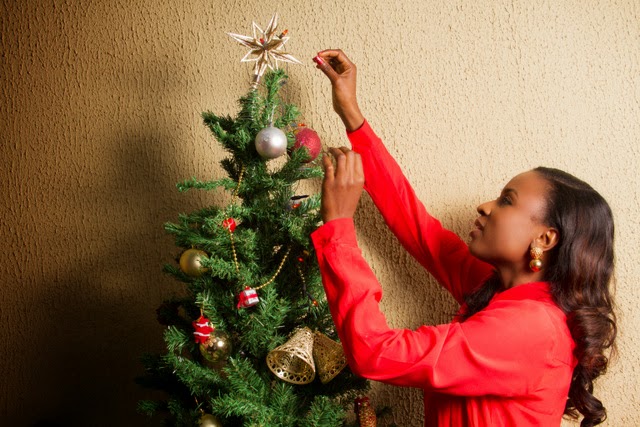 'Twas the night before Christmas, the night was quiet, such an aroma of fried goat meat over the local firewood filled the air, Santa came riding in on his sleigh.
There was no chimney, neither was there cookies or warm milk waiting for him. He sure was in Nigeria, a GPS flunk... no thanks to the cyber stunts of North Korea.

So Santa sat outside the house with no chimney or Christmas lights, no chestnut roasting on an open fire, no stockings hanging and no sign that they cared about him or believed in him. He was offered some fried meat, and a cold bottle of malt, because Santa was sweating in his suit. (He wondered how possible it was, to sweat on Christmas eve.)
It was o so good, the malt and the meat; he wondered why Nigeria had never been programmed in on his Christmas ride. Santa wanted more meat, and then more and more, till it was all gone. He still wanted more (what a selfish old man, taking from the people he never came through for… but who can blame his longer throat where goat meat is involved)

There was a dilemma, where to get more meat from... until the red nose of Rudolph the reindeer glowed in the dark (poor poor thing, on the first night He was given the honor of riding Santa's sleigh) and so Rudolph the red nosed reindeer was slaughtered and roasted, some parts of him fried and what a fine BBQ we had, the night before Christmas... shhhhhhh, don't tell Mrs. Claus!

I’m not about to ruin any child’s Christmas story… Looking forward to the goat meat that would be fried today and o, what a delight with a cold cold bottle of coke. Celebrating Christ is always so much fun.