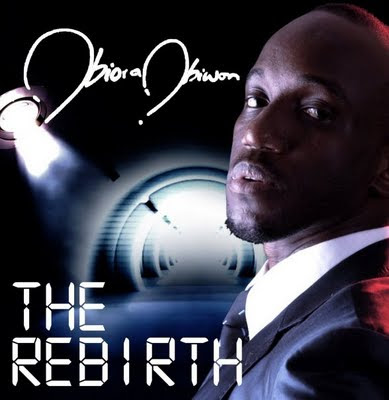 what have i been up to?.....well i was semi involved in the whole entertainment business thingy. before resigning, now i guess I'm fully into it as i wait on God for directions on what i really want to do. i cant say if i enjoy it already, but so far all i can say is 'no be beans' its so tedious and you need a lot of perseverance to carry on.

the politics involved is so amazing, the number of backsides you have to kiss especially when it comes to the media, you don't want to piss anyone off cos you get blacklisted and getting backlisted means you dont get deserved publicity and not getting deserved publicity means you're toast, and you might as well keep singing for mummy and daddy and probably your girlfriend. its fun though, getting to learn alot. most times you have to be on the move to get things running. i've been in studios and you've got to give it up for producers, i mean i always take it for granted that production is just what it is, but wow......i got to watch a couple of stuff been done and i gats to say....its mean, ike absolutely mad crazy. I'm becoming a semi pro, listening to beats and figuring out something is wrong somewhere in notes i'd ignore previously, i know about mastering and mixing and a little bit more, who knows, maybe i should become a manager cum producer:)
So i'm one of the managers of JDI music and i work with urban contemporary vocalist Obiora Obiwon. The banker who walked away from the suits to the studios, also known for his hit singles ONYINYE, JOLI and STREETS OF LAGOS (which i love). On saturday, the 26th of September 2009, Obiora Obiwon will be launching/releasing his sophomore album THE REBIRTH in a live concert . for a while now, Obi mu o a hit single from the album has been a favorite of many including me (and i'm not just saying). The original version and the remix with M.I, Blaise, and iboi illbliss has recieved regular airplay on radio stations.i'm so confiident this album will fly, and i'm not just saying...hes put a lot of effort into it, hes taken his time and has been in the studio for months, months? i think about a year plus. theres loads of inspiring songs in it....MY F.A.T.H.E.R, Lift Your Hands, Victorious, Birthday and Bless U Lady.

The album launch concert will be held at the Genesis Delux Cinema at the palms lekki. Its going to be a gathering of celebrities, friends and fans. VIP tickets cost 10,000k for couples and 7000k for singles. There'll be red carpet ,cocktails and press for the VIP segment at 3pm prompt, the show starts at 4pm, its billed to be a 90min performance (we're hoping there'll be no African time mentality, and we hope to start as schedule and if i may say, with or without the guest:). There'll be a second show immediately after @ 6pm, fees will be 2000k. Special appearances and performances by artistes Bracket, Jay Martins, M.i, Iboboy Illbliss, Rooftop MCs, Segun Obe, Jahdiel, Kani, Guchi Young, Yaw, Alibaba and a host of others.
i know this is going to turn out awesome, although in planning events i've learnt that trials come in different forms. I get angry and pissed a lot(thankGod for his grace, i'm able to get over anger and annoyance faster than before) but its all part of moulding i guess. Grace under pressure is what i learn. I admire Obiora alot for keeping his head on screwed tightly. hes a good friend, although we tend to know how to frustrate each other to oblivion.(we in this sense refers to him, as i'm always the harrassed and frustrated party) and NO we are not dating or close to it, hes got a girlfriend. i wish i could wear a Tee whenever we're out together saying that. it gets so tiring when people stare at us when we go out for events or appear in public together....cos of course in naija a young man and a pretty young girl(yes i'm pretty) cant be just friends or work together, they have to be in a relationship:(
that's all folks, if you're in Lagos then be at the Genesis cinema at the palms this saturday...it'll be fun. come out and support us. tickets are available for sale at Genesis cinema. for more info call 2348022384202( no its not my number:) ) 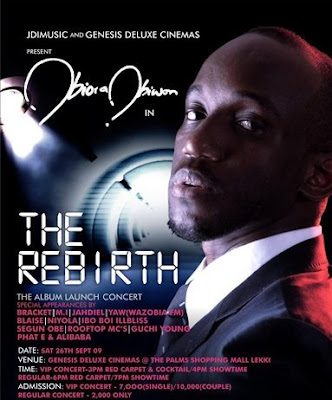