The only reason I agreed to go for the networking dinner was the food. Cocktails, small chops, and a Five-course meal…  like seriously, five-course, no joke! I wasn’t interested in the oily talk (it was an intimate dinner, with talks on the workings of the oil industry and opportunities to grab at within.) There were loads of top shots from the oil industry and the financial sector in attendance, the MDs and CEOs and the then minister of petroleum…

I recognized a few faces from the financial institutions… but what I was desperate to introduce myself to, was the food. I could certainly relate with the food. I still don’t understand what it is with food and I… buffet to be exact, when in truth, I’m not such a foodie as I claim to be. I do not eat as much as I sound off.
I ended up greeting just one of the Ogas who knew me and after the awkward cocktail, which I duly networked with the small chops (because seriously, what was I meant to say to them? Little me? I was intimidated, even with my designer dressed to impress dress) I humbly looked for a table as far back as possible, away from the spot light, away from the big men and women, a table with one or two familiar and welcoming faces, a table that didn’t intimidate me. A table I could have fun on and eat without judgment. A table I could whip out my blackberry and do what people do when they fumble with their blackberries as they talk rigs and offshore and inshore and whatevershore that isn’t foodshore.

Now my sister is light skinned, so as uneasy as I was about this unwelcome development, I was relaxed that she’d be the unlucky one on the table, serves her right for having a color that attracts and distracts from us. And better yet, if she was picked, she belonged with the gathering as she had a working base in oil.
I tried not to catch his eyes when he stood over us making some jokes, which was easy to do as i was backing him. That didn't stop him from handing the mic over to me!!!

My heart did a double flip somersault. Just talk oil already and let sleeping dogs lie.
I was not so lucky.
Any closer the mic and my heartbeat would have been heard all over the room.
The whole room was quite, and all eyes were on the table, my table! I got up, sucked in my belly, glad that at least I had a nice tailored designer dress on for the cameras. If all else failed, my dress would give them something to talk about.
I put my head up, stilled my shaky voice and introduced myself with my idea of swag, or more like with the voice of a scared mouse… I didn’t own any company; or work in oil. I had just resigned, so how do I introduce myself? Joke and say I’m the youngest retiree in the room? (Remember the food confirmed my attendance) But, if that was what it would take to partake in the meal, I may as well do it. I introduced myself with a self-confidence that would make you think I owned the stock broking house I resigned from, but conveniently said I still worked in (I promise, I lie no more).
I shook when I sat down, wanting to run out… After the introduction, the MD’s rushed over with their cards and I got offers from everywhere and I was an oily hot cake, and I was dropping business cards in my purse like it’s hot…. Now that’s how a story should end. But it didn’t end that way, it ended better… I still was able to eat after i was rattled. Now that’s a happily ever after.

Lesson from my story? Food has been known to put you in a tight spot since err mm…  well, ask Eve, she’ll tell you how she got it bad for a fruit.

Another lesson? Be overly confident, sit on the best forefront tables, let the cameras get you, when you act like you know what you’re doing, no one will bother with harassing you. 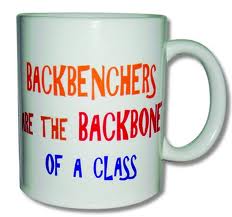 Today, we run from God, hiding from his will, thinking we’re not good enough, nor close to the weight of the pastors we see on the pulpits preaching or those we see making it big in our career paths… we walk into the cocktail of life with all the big names and creep to the back seats to sit quietly, thinking we’re not worth the attention of the world. All we want to do is have a part of the kingdom. Thus we hide, and with us hide our talents.

When we hide, God still finds us, and singles us out and puts us in the spot light for Him… its up to us to make the best use of the opportunity He’s given us, unashamed and unafraid even in our fear… I mean we really want to be a part of His feast of glory we might as well do what we have to do while we enjoy it. Jonah in all his hiding was still (literally) fished out.
You may feel irrelevant, hidden, overlooked by the industry and field you’re in. You may feel like the spotlight already has one too many people to bother with you… but God looks round, He walks to the backbenchers, and He picks His servants up from there, those He can use.

David was seated at the back of the class. His brothers overshadowed him, he was pushed to the background of the fields, but God reached out and found him in the field with his sheep and anointed him king. The fact that you feel hidden doesn’t mean God can’t find you. And if you’re running from His will, good luck to you, He will find you, even if it means leaving you at the mercy of a storm and fish to get your attention, He will… It’s just so much easier to suck your belly and behave like no shaking when you hear Him call, than run round in circles. Gideon certainly was no top shot, but he was fished out.

Lesson learnt... the back table isn’t far enough to hide you from the spotlight… there ain’t no place too far to hide from God.
Email Post