Gone with the wind...

I have been a victim of blustery days …

Some days ago, I had another windy experience, we had just finished a press conference for a worship concert holding later in the evening, and we were out taking pictures and just having laughs, but in the midst of that, I was fighting a warfare with the wind… my free hand held on to my dress, I wouldn’t have minded much if I did it in a classy way like the famous Marilyn Monroe pose, but oh well, it was more of a clumsy way, not fit for an iconic moment. I was not ready to expose the men of God to another sort of unsolicited worship, and so one hand with my drink and plate of snack, and the other holding down my dress, I walked bent over to a sit and found rest and protection from the shame of being exposed. Oh the struggle!!!!

Most ladies in skirts and dresses regardless of class has had her own share of fighting for her right to dignity with the wind. It doesn’t spare anymore, not even the royals from its assault. You have to be well armed with quick reflexes or you’ll leave yourself exposed… indecently! What a vulnerable moment it is being exposed.
But in all these, the queen, Queen Elizabeth found a hack to tackle this problem, she uses a perfect defense for this war with the wind and I love it. We wouldn’t be seeing any gone with the wind tabloid picture of her royal treasure anytime soon. I read once, that she has weights sewn onto the hem of her clothes. Curtain weights to be precise, are sewn into the lining of her dresses and skirts, giving them extra weight thus making a windy waltz and a royal exposure near impossible. 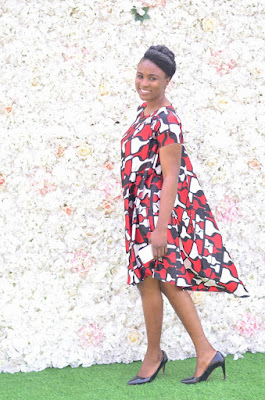 "Then we will no longer be immature like children. We won't be tossed and blown about by every wind of new teaching. We will not be influenced when people try to trick us with lies so clever they sound like the truth." Ephesians 4:14(NLT)

We need to take a cue from her majesty and I’m not talking about dresses. We need weights to hold down our beliefs when the wind of new doctrines blows or we’ll be left exposed.
Let the weights of the truth of Gods word you’re grounded in, your worship etc keep you from exposure when the wind blows your way. There’s a lot of wind of ridiculous teachings from clueless people blowing on social media, talking against some of the very rituals of our faith, if you let it sweep up your faith you’ll be left exposed, and what a loss it is when we are exposed.
The word says we’re immature when we jump on any teaching that comes our way, they may come off as eloquent, but we’re been tricked into the lies that sound so clever we’re convinced it has to be true.

Be grounded in the word of God for yourself….  As for all the ‘wind’ of doctrine that is blowing people out of their belief, “For this is the will of God, that by doing good you may put to silence the ignorance of foolish men—”I Peter 2:15 NKJV
In other words, keep doing the good you’re convicted by the word of God to do... Stick to your truth long enough and time will silence the ignorance of ‘foolish men.’ Truth can only be buried for so long with arguments... but it’ll always exhume itself with its results! Let the weight hold you down, and soon enough, you’ll see just how wrong the wind was/is.

It’s the New Year. Be wise. Test every Spirit before you go with the wind of the voices. Seek God… You’ll never understand God’s word, the scriptures, His power and His principles with just head knowledge. That’s why people carnally and wrongly interpret scriptures and many allow their skirts blown with this wind of deceit… Don’t be quick to despise prophecies
Then we will no longer be like children, forever changing our minds about what we believe because someone has told us something different or has cleverly lied to us and made the lie sound like the truth. Ephesian 4:14(TLB) 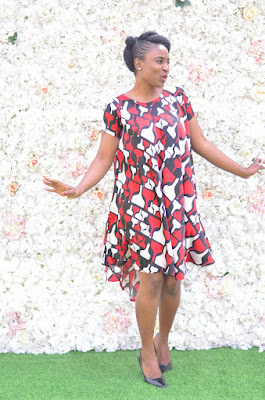 Sew in your weights and don’t get exposed.
Email Post