Between the Pigs and the Christ...

I walk into the dominion theatre, home of the ‘we will rock you‘ show… in the foyer, different people from different nationalities are being served glasses of bubbly sparkly wine in flutes, we drink and wait for the doors to open… the grape fruit taste great! O, no… It’s not champagne, but hey, it sparkles.

I get a seat nearer to the stage. Skinny jeans, long hair, rock stars… light, camera, action… the band plays, they rock. The man in front of me with tattoo laden arms raises his hands up in the air (not like he just don’t care) it’s all in surrender because he just does care… we are gathered together in no other name… Jesus!

The venue doesn’t make it a ‘heathen’ gathering, the man with the tattoo is not turned away, he’s raising his hands in worship. The men and ladies on the stage in skinny jeans are not judged, they are singing and stirring up an incense of worship so great, you feel the presence of God, it’s not how good the music is, or how well the guitarist is… its all about the name of Jesus being worshiped. Its about raising a resurgence in the Spirits of the people gathered… be revived, be renewed, rise again as Christ was raised, and live the life of fulfillment that Christ brought to you.

Its about the call of salvation and the number of people who surrender after each message to the name of Jesus, those who come eagerly to the place where they drop their strong will with open hearts for him to fill it in and take over… It’s about the raising of prayer request and the church praying as a family for different needs, it’s about the testimonies being read out.
If a spiked haired man comes into certain churches, or a skinny jean-wearing girl or guy… she/he will be judged out of the church.

It’s church in the wild! And the crazies are running in.

Now this scene will be frowned at and condemned by a good number of preachers and people. Forget the glaring fact that I mentioned people getting saved and Jesus being exalted. A lady in church wearing trousers? And she leads worship? What the critics see are the skinny jeans and tattoos on the stage. They don’t see the lives that are being changed, the drug dealers that are lured in only to be embraced in their tattoos and the love of God breaks their defenses.

‘They landed in the country of the Gadarenes and were met by two madmen, victims of demons, coming out of the cemetery. The men had terrorized the region for so long that no one considered it safe to walk down that stretch of road anymore. Seeing Jesus, the madmen screamed out, “What business do you have giving us a hard time? You’re the Son of God! You weren’t supposed to show up here yet!” Off in the distance a herd of pigs was browsing and rooting. The evil spirits begged Jesus, “If you kick us out of these men, let us live in the pigs.”
Jesus said, “Go ahead, but get out of here!” Crazed, the pigs stampeded over a cliff into the sea and drowned. Scared to death, the swineherds bolted. They told everyone back in town what had happened to the madmen and the pigs. Those who heard about it were angry about the drowned pigs. A mob formed and demanded that Jesus get out and not come back’. Mttw 8:28-34(MSG)

Jesus delivered a man from such torment, and all the people were concerned about were the pigs. Same way He healed on the Sabbath day and all the people were concerned about was the Sabbath day. We’re so blinded by picking out faults that we refuse to see the glory, and the name of Jesus being lifted. Sometimes half of the message of some preachers/people is about ridiculing the other denominations and how the other person does church. We’re all so worried about the pigs; we’re not looking at the glory that came before the pigs drowned.
I believe there are a group of people the deeper life ministry were called to reach that no other denomination would get to, as with mountain of fire and the word of faith ministries. 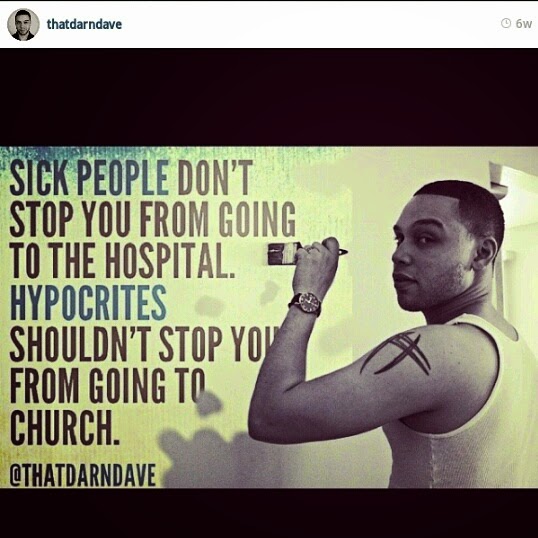 So what if a pastor has Jerry curls? Is the true gospel being preached? Are lives changed? Are the sick healed?
I’m not one to shun a church invite because it isn’t my church… If my Spirit agrees with me, I go and I have a great time. I’ve attended churches where I don’t hundred percent agree with some rules… but I don’t let the drowned pigs distract me from Jesus and the wonders of His name in that church.
The fact that you don’t like the lifestyle of some preachers isn’t a reason to stop doing church all together. The fact that you think some preachers are extravagant is not reason enough to stop paying your tithes.
Don’t being so concerned and angry about the pigs that you drive Jesus out/write off some ministries or stop going to church or stop practicing some biblical principles. Let the pigs drown, having Christ in your midst is worth more than the lost pigs that get you angry.