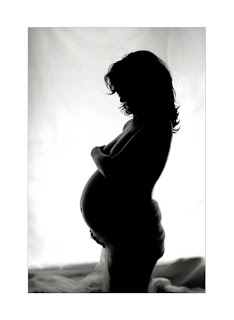 I sat with my knees drawn up on the bathroom floor.  I was in shock. I’m pregnant again. You say again? Where’s the first baby? I got rid of it. My friends told me I couldn’t go on with it. What would people say? They’ll point at me, say all sorts. They’ll laugh and call me names. I’m not like the other girls, the ones you’d expect such from. I’m the sweet girl who wouldn’t be caught in a club… I couldn’t have them crush me, and so I did what I had to do, aborted that baby with my fear.
I make a resolve as I seat somewhat scared in the bathroom. I wouldn’t let them get to me this time, I wouldn’t tell my friends what’s happening. I can feel it, this seed in me is something special, something I can’t afford to loose. I’ll guard it closely, and I’ll be careful to avoid a miscarriage, I’ll block out the voice of the people. I will ignore the voices that tell me I can’t keep my baby.
I’m willing to go through the whole nine months. I’m willing to be gossiped about, I’m willing to be smirked and sniggered at. I’m willing to be thrown out of church. I’m willing to be the outcast. I’ll go through the whole nine months, I’ll have the weird midnight cravings, I’ll go through the morning sickness, and I don’t even mind the bed rests and prenatal meds I’d have to take. I don’t mind my nose getting big and my face looking weird. I’ll take outgrowing my favorite jeans and tops in good faith; I’ll gladly fold up my fitted dresses and LBDs and embrace the loose shapeless ones, if that’s what it’ll take to have this baby.
I’ll go through labor and the pain. And as I stay in the birthing position, hit by another wave of pain, regretting and wondering if maybe I made a mistake by keeping the pregnancy, I’ll take another deep breath, hold on to my mothers hands, contract and push, and heave and scream and push again till my baby comes out. 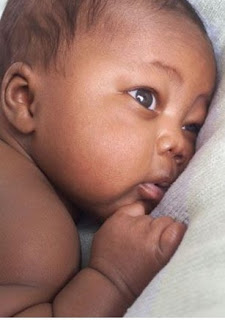 And as I hold her in my hands, the world will see what a beauty she is, those who pointed, laughed and ignored me in their idea of my period of ‘shame’ will come to me. Wanting to hold my baby and kiss her and pull her cheeks looking silly as they make funny faces coochie cooing at her. They’ll want to baby seat and feed her and sniff on her baby scent, not even minding when she pees and poos on them, forgetting that they once pointed at me and scorned me. Because my baby is special, the world will know her, and years later I’ll be the proud mother watching as my baby picks up her diploma or wins the noble prize, glad and thankful I didn’t cave into fear a second time to let her go.
And so it goes with dreams, we get discouraged by FRIENDS and by FEAR, thinking about how young we are, what people will say, about how we’re too young or too old to have such ideas.How they'll say we're just plain stupid to dream of something so impossible, how they'll snigger behind our back and sometimes avoid us when we go through the process of bringing the idea within us to life.
Ignore them and decide you can do it. Go through the stress of pregnancy after conceiving that dream knowing it’ll be worth it. Moments when the banks shut the door in your face, and investors turn their backs on you, moments when no one supports your ideas and everyone thinks you’re such a joke, making a big mistake, making a fool of yourself. It’s all like the morning sickness and all the somewhat uncomfortable changes a woman goes through in her nine months of pregnancy.
And at labor, when its most painful, remember they say “its always darkest before morning”. We know a child is due when her mother starts experiencing the labor pain. You’ve got to remain in that birthing position even when the pain makes you wish for death, makes you want to give up on that dream. Take deep breaths and hold that supporting hand that might be available to you as you PUSH (pray till something happens.) and heave, and scream and cry and PUSH again and again and again, till you have that baby.
When the dream is finally birthed, all those who mocked, who said it was impossible, who laughed at you and tried to make you feel less than the size of your vision, those who called you stupid and crazy would come running, wanting to be part of this achievement, wanting you to put them on your guest list, wanting you to employ their relatives, wanting you to acknowledge them. Forgetting they almost made you abort this dream.
Imagine the ridicule the Wright brothers must have faced, with the impossibility and craziness of their idea, mere bicycle makers… trying to sell a flying machine to the US army and foreign countries. Today great-grand children of those who must have mocked them are flying in this planes jostling for first class. And an airforce base adjacent to where they birth their dream is named after them ‘Wright-Patterson air force base’.
Or Otumba Gardaffi who started the mobile toilet business all over lagos with the slogan “shit business is serious buisness”. I can imagine the laughs he must have had thrown at him, the discouragements et co. Now every Owambe and outdoor activity has happy guest unloading and the Otumba smiling to the bank from peoples need to download after uploading all sorts from the buffet table.
Birth your dreams, don’t let people stop or discourage you. Your seed, that dream in you, is a unique thing you carry, planted in you by the King himself. You carry the kings baby and how you hurt him when you let yourself get dragged to the clinic of impossibility to abort your dream in fear.
And when you're bold, even in your fear to have your baby against all odds, they'll look on in awe at how well you've done. “All the nations of the world will stand amazed at what the LORD will do for you. They will be embarrassed at their feeble power. They will cover their mouths in silent awe, deaf to everything around them” Micah 7:16
Email Post