Inyamu aka FQ did her first ever interview, yayyy!!! Trust me, it wasn't a walk in the park getting the right questions.
Anyways, I'm a novice, but hey, this turned out good and i just might start a crusade for those wonderful gospel acts out there who've made beautiful songs but have been pushed to the background with just a select few taking over the airwaves.
************************** 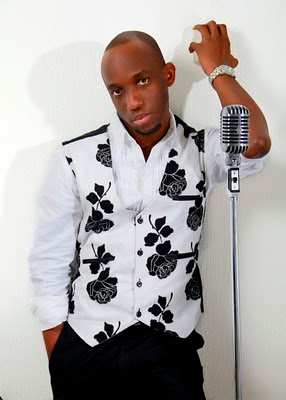 He's put his hand on the plow and he's not turning back. RnB crooner turned gospel artist Obiora Obiwon got hit by the love bug... now he's completely souled out for Christ and makes no apologies.
The entertainment world is a dog eat dog world, a hustle for a bite of the bone no matter what breed you are or die industry. But this cat has ignored the bone and held on to the source of his nine lives.
From hand picking events to perform at, to leaving the 'groove' that commonly walks hand in hand with celebrities.... Enjoy our chat.

Describe yourself to me in 3 words?
Passionate, fun, easy-going (That's three and a half isn't it?)

So tell me about your "rebirth"?


While I was soul-searching sometime in  2007, I decided it was time to have a bit more "God" in my life, you know, like we always do when things toughen up (smiles). As that went on I realized that some of the things I was "enjoying" as a young fly dude were in contrast to the faith I was trying to pursue. Day after day in my search I had to tell myself the truth that really, who I was as a popular r'n'b singer, the parties, the girls, my friends, etc seemed to be coming between me and my new pursuit, you know, like what would my friends say? what would my fans say?...All of a sudden I'm not feeling so good with my relationship with God after clubbing, do I have to stop that too? I got tired of the tug of war and then one day in 2008 while walking back home alone, I just said, you know what, Jesus, I give in totally, friends, whatever, I give everything to you, if you want to change anything, my music, who I am, anything at all, just give me the grace to do whatever. That night I felt an unspeakable peace like I had never felt before. It was like some battle was finally over. A few weeks later I had a divine encounter through a dream and my life's not been the same ever since then. It was only apt to title the music coming from the new me "The Rebirth".

The whole change in life style.... the personal transformation? Some see it as an impossibility, leaving it all behind. I mean come on... partying like a rock star especially in Lagos where there's all the events, and you've got to be seen in the hot spots mingling and photographed to be visible to the fans.... how are you coping with that?

I dance as a hobby so the first few times after my total surrender I used to club and tell myself  "Hey, you're only going there to dance and not grind with anyone or lust after some girl so no harm done right?". But then the more I worshiped and got intimate with the Lord, the more I became sensitive to His Spirit. So much so that the very lyrics of the songs and the very ambiance of the club or some party setting would simply hit me like some negative wind, and make me so uncomfortable and bothered, so I stopped hanging out in such places entirely. I run into some of my entertainment friends that I used to party with and they ask me how come you don't hang out with us any more? You used to be the life of the party, etc... I still go for events because it's important to share my new lifestyle with others, but it really depends on the kind of event, what it's cause is, and what role I would be playing there. People still invite me to sing my love songs, which I do, but I thank the Holy Spirit for giving me boldness to at least tell the organizers "but you do know I'm now a gospel artiste so I will be ministering one or two gospel songs with that right?" (smiles). 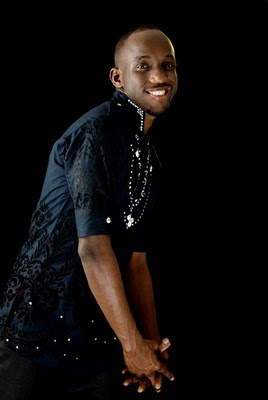 How have your fans reacted to your transformed self...?

Mixed feelings, but things like this take a little time...with God  there's always a process. The greatest fear for my fans has been that they'll stop hearing the love songs they've come to identify me with and I'm like, I believe it's now I can sing the most beautiful love songs ever, flowing straight from the Author of man/woman love Himself. I still plan to do a full love album as a side project and in the upcoming album, there's a love song. However there's a much greater love to sing about first and focus on as reflected in my three new singles and that is the love of God and the indescribable beauty and joy of praising, worshiping and following Him.

What's your inspiration? How do you come up with those love tunes?... and its great how one minute you're crooning to melt the heart of a woman and the next you're warming God's heart.
Funny... never thought of it that way. It's only in loving God and getting to know Him first that we realize that it is actually possible to find that great love between man and woman, since He made it and "He looked and saw that all that He made was good". He is the source of all and He's the one that places the songs in my heart. The best of all we seek for in life lies with Him if only we'll trust and completely follow His principles.

So is there anyone behind 'Obi Mu O'? We heard rumors of an engagement... is it true or just another rumor?

Very true. I met her sometime in 2007 and 3 days later I was talking marriage. She had me wait four years though. I wrote Obi Mu O months after we met and we're getting married in a few weeks.
You recently went through a major surgery, what was that about?

It happened in the last quarter of 2010 and I had a kidney stone removed. Quite a trying time it was for me and family but it ended up strengthening my faith the more. I'm so grateful for the revelations I received during that period which enabled me to quickly go through it.

What's your take on the gospel music in Naija?

The Nigerian gospel music scene was doing way much better in the years prior to my entry. I'm anxious to start contributing what I can and start bringing the players together. There are millions of Christians in churches every Sunday, in prayer camps and even during weekly services so there's no reason why gospel music in Nigeria should be in the state it's currently in, if one is strictly looking at the numbers, so perhaps it's a bit deeper than that. I believe changes will begin to occur once true and passionate ministers begin to come together for the common cause. We need to build platforms to get the music out there, since there's no Christian radio culture yet in Nigeria and there's really so much we can expect from the secular radio stations.

What do you hope to achieve with the new album?
Get more people to come into an intimate relationship with Christ.
****
Thanks to Obi for sharing and so excited about his wedding :) ... Here's his three recently released singles... enjoy.