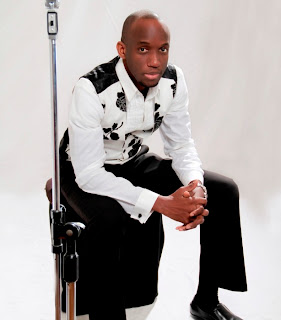 Secular musician turned urban gospel artiste Obiora Obiwon returns with three new singles from his forthcoming third album entitled “T.R2012”. T.R2012 poses to be the sequel to the successful 2009 sophomore “The Rebirth”.
He explains in his own words, “I felt I had so much to say and express musically on ‘The Rebirth’ which wasn’t said or heard enough, hence the urge to turn it up a notch and find more expression in a sequel”.
The three singles “Follow You”, “Good To Me” and “F.a.t.h.e.r (Part 2)” are scheduled for release starting Sunday August 28th 2011. The song F.a.t.h.e.r (Part 2) gets reissued after it debuted late last year and was later pulled back due to the artiste’s unavailability while undergoing minor surgery.
Musically, Obiwon experiments with a blend of electronic music over cultural rhythms and HipHop styles in varying degrees, while breathing his deepest convictions in rawer forms over characteristically expressive vocals.
Listeners and fans in Lagos can catch Obiwon on live interview to break the songs on the morning of Sunday the 28th with Freeze on Cool 96.9 Fm and with Yaw on 95.1 Wazobia Fm, as well as other radio schedules and fan give-aways within the issue week. Listeners across the globe will be able to stream and download the songs on major Nigerian music and entertainment sites.
On his general musical path and future, the artiste introspectively affirms, “My greatest musical ambition is to be vehicle for music that speaks life and brings healing and can also be fun when required. I’m so thankful to have found the purpose of my own existence and gifting and I’m glad to continually give in to the higher calling”
Email Post